TALLAGHT Martial Arts had undoubtedly one of their excellent showings inside the Irish Open that turned into held in Citywest last weekend, triumphing 12 gold, six silver, and 17 bronze and completing 0.33 on the medal table that included 296 golf equipment representing 35 nations.

First up on Friday turned into patient contact which noticed Jodie Browne take bronze in the -65kg Junior Girls department and then she received both the -65kg and +65kg Junior Point Fighting honors for her fifth Irish Open name in a row.

Stephen Jones won the Over 35 Years Points Fighting title and took bronze in the +89kg elegance. 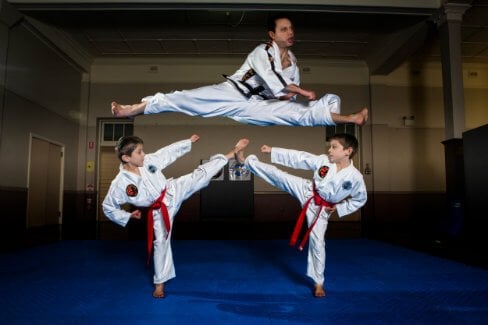 In the Team event TMA older cadets (thirteen-15 years), Nathan Kelly, Dylan Mc-Celland, Cialam Dowdall, Naoise Colvin, and Zara Jones reached the semi-finals in which they lost out to the eventual winners from Greece.

Keri Browne, fighting in the -65kg and -70kg Points Fighting sections, confronted some difficult international competitors on the direction to each semifinals in which she narrowly lost out.

There was an Irish Open name win also for Adam Condon within the Junior Men Full Contact -57kg subject before a double gold became scored by using Nathan Clarke in the 7-9 Years Points Fighting -30kg and 33kg.